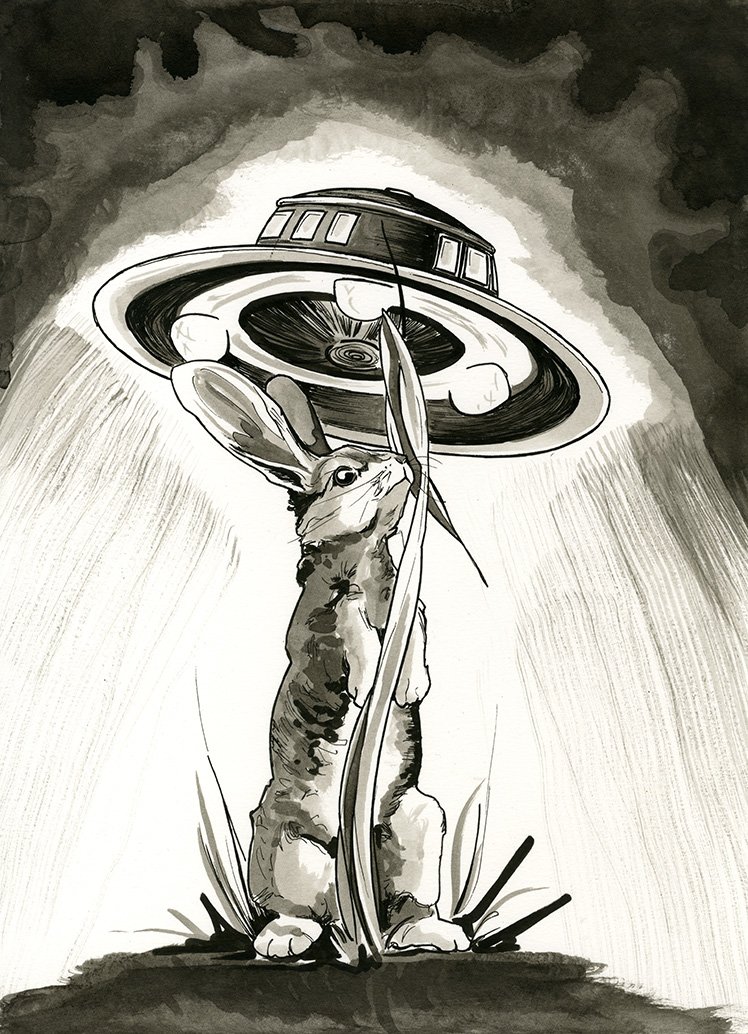 I’m fascinated by the cultural phenomenon of alien abductions and what it can show us about humanity. Barney Hill* was one of the first people to report being abducted by aliens. I found this extract from the transcript of his hypnosis sessions, in which he recalls his alleged abduction, particularly moving:

… evil face…. He looks like a German Nazi. He has a black scarf around his neck, dangling over his right shoulder… Oh! I feel like a rabbit!” “Why do you feel like a rabbit?” Dr Simon. asks. “I was hunting for rabbits in Virginia. And this cute little bunny went into a bush that was not very big …. And the poor little bunny thought he was safe…. He was just hiding behind a little stalk which meant security to him, when I pounced on him, and captured the poor little bunny who thought he was safe. Funny I thought of that. Right there out in the field. I felt like a rabbit.*

For a moment this man - who was an enthusiastic hunter - imagined himself in the position of one of his victims. This ability to empathise with non-human animals is common, if not often expressed, in all people. Finding it here gives me hope that, with clear communication and reasonable argument, we can help everyone to express their empathy in the day-to-day choices they make.